The folktale The Sabbath Lion is well known throughout Sephardi/Mizrachi culture. BAS member Conor MacFinn, of the award-winning animation company CGMuse, will show how, in their next film, Ariel, they are taking an ancient story and transforming it into 21st-century storytelling with 3D animation.

This animated series for families is the story of a Middle Eastern Jewish boy and his widowed mother fighting to save their family and their trade routes. It is set against the diverse ethnic and cultural tapestry of the 19th century Ottoman Empire. 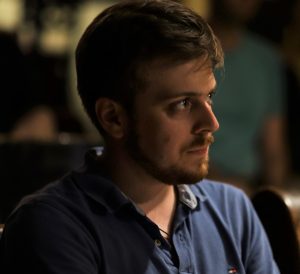 Conor MacFinn, Creative Lead of the award-winning animation company CGMuse, is the professional moniker of Conor MacCallan-Finkelman, a 2nd generation BAS member, son of Clare Kohavi-Finkelman and Deirdre MacCallan.  Conor is an American/Canadian filmmaker, whose animated shorts have been distributed by Tribal TV on Hulu, AOL On, Roku and Amazon.  They have won awards, been nominated and screened at over 40 festivals internationally. His animated storytelling mobile media was twice selected for SIGGRAPH’s Appy Hour, and distributed through iTunes.  Other 3D character animation credits include The Museum of the Dog in New York City, Pearson and Behrman House. A 2019 New York State Council on the Arts Arts Alive grantee to support the storyboarding and development of Ariel, he also received a 2020 Artist’s Support Fund grant from The Arts Council of Rockland.