Nazi Looted Art – The Life and Legacy of Fritz Grunbaum 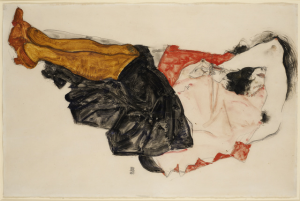 How the Nazi’s looted property from Jews during World War II and efforts to recover looted artwork for heirs of the original owners are the focus of this talk presented by an attorney and his client, a federal court judge.

Judge Timothy Reif, who sits on the US Court of International Trade, is an heir of Fritz Grünbaum, a cabaret performer, writer, art collector and outspoken critic of the Nazi party whose art collection was stolen from him and his wife by the Nazis before the Grünbaums were killed in concentration camps.

Raymond Dowd is a partner at Dunnington, Bartholow & Miller LLP and an adjunct professor at Fordham Law School. For more than 15 years, he has represented heirs of persons whose property was stolen by the Nazis. Mr. Dowd represents Judge Reif in his efforts to recover artwork in a case called Reif v. Nagy, which is currently before New York’s highest court, the Court of Appeals.

Raymond Dowd is a partner in the law firm of Dunnington Bartholow & Miller LLP in New York City. He litigated landmark decisions from the Surrogate’s Court to the New York Court of Appeals, including the Estate of Doris Duke and recovered an ancient Assyrian tablet for Berlin’s Pergamon Museum.

He has served as lead trial counsel in a wide array of cases, including contested probate and litigated questions of Austrian, Canadian, French, German, Italian, Russian, Swiss and U.K. law, often in cases involving decedents’ estates.

Mr. Dowd serves on the Board of Governors of the National Arts Club, co-founded the annual Art Litigation and Dispute Resolution Institute at New York County Lawyers’ Association and served as the Federal Bar Association’s General Counsel.

He authored Copyright Litigation Handbook (now in its 16th edition).