Our Tears are the Same Color: A Conversation with Tal Kfir & Laila Alsheikh 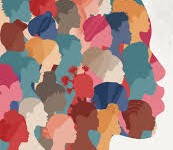 The Parents Circle-Families Forum (PCFF) is a grassroots organization of Palestinian and Israeli families who have lost immediate family members due to the conflict and which operates under the principle that a process of reconciliation is a prerequisite for achieving sustained peace. Join us as we participate by Zoom in a dialogue between Tal Kfir Schurr of Jerusalem and Laila Alsheikh of Bethlehem.

American Friends of the Parents Circle-Families Forum (AF-PCFF) shares the human side of the Israeli-Palestinian conflict with the American public in order to foster a peace and reconciliation process.

Members see Weekly Calendar, dedicated email or Member side of the website for ZOOM link and password.

Tal Kfir Schurr joined the Parents Circle Families Forum a short time after her sister, Yael, was killed in a suicide bombing in 2003. Today, she lives with her partner and their 5 children in Jerusalem. Tal believes in the importance of the Forum’s activities, despite her personal feelings of despair from the political situation.

Laila Alsheikh lives in Bethlehem in the West Bank. In 2002, her 6 months old son, Qussay, became ill and Israeli soldiers prevented Layla from taking him to the hospital for more than five hours. Qussay soon died from the lack of timely treatment. Layla joined the Parents Circle in 2016. Following her son’s death, she never thought of revenge, but rather has devoted her time and energy to ensuring a better, more peaceful future for her children.