Riding a Trolley from Europe to America

BAS member, Robert Reitter, will discuss his Book Riding a Trolley from Europe to America.

The story of a boy raised Catholic but hunted as a Jew during the Nazi rule in Hungary, and the consequences over a lifetime. Also the story of how he slowly and gradually, over a period of many years, begins his return to Judaism.

Bob’s book is available to purchase on Amazon here. 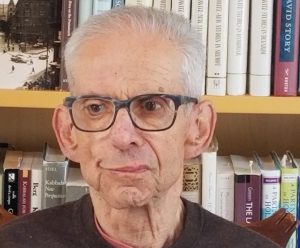 Bob was born in Hungary in 1937, and when seven years old, went into hiding with his parents to escape deportation to a concentration camp though he was raised as a Catholic. This made no difference to the Nazis, who hated the Jewish race and determined it by the religion of one’s grandparents. Bob’s grandparents were Jewish.

Bob emigrated to the U.S. in 1948, attended a Catholic school, followed by the Bronx High School of Science, which had a mainly Jewish student body at the time. He then went on to receive a Bachelor’s and Master’s degree from Yale and worked in market research over the next fifty years.