Meals in a Jar

On Martin Luther King, Jr. Day, January 21, 2019, families as well as adults and teens, gathered in the Bet Midrash to prepare “Meals in Jars.” The mason jars were filled by participants with barley, dried split peas, rice and dried lentils that had been donated by BAS members. Kids and adults filled the jars in specified proportions, and then added a bag filled with spices so all the ingredients would be together to create a savory soup. Each of the 140+ jars was then placed in a bag that was festively decorated, and a recipe for the vegetarian and nutritious soup was added. Ruglach was baked, and postcards were written to NYS legislators to ask then to support drivers’ licenses for immigrants. Abby Reiken, Torah La’am Education Director, spoke to those in attendance, as did Laura Solomon, Tikkun Olam Chevra Chair. Galeet Dardashti led everyone in Tu B’Shevat songs, as it also was Tu B’Shevat! Finally, Rabbi Les Bronstein taught us some Torah and led us in more singing while he played his guitar. The completed “meals” as well as the ruglach will be brought to El Centro Hispano on February 7th for distribution to local families in need. Of course, bagels, coffee and juice were served. It was a lively and fun morning! 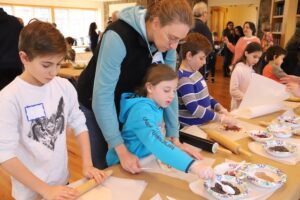 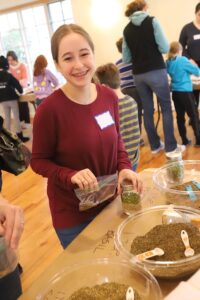 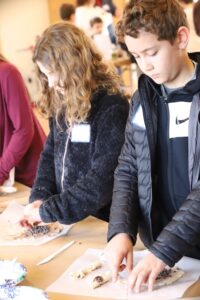 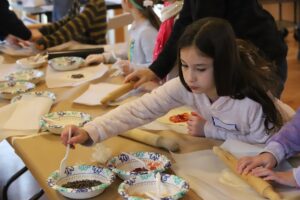 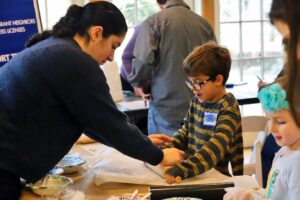 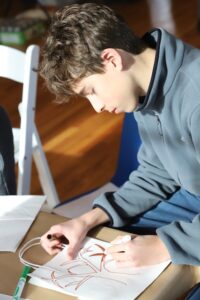 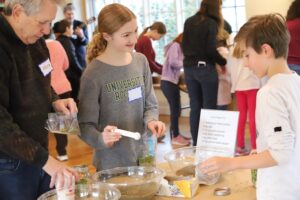 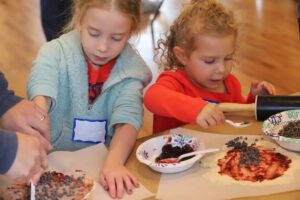 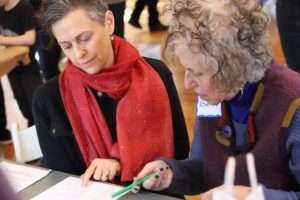 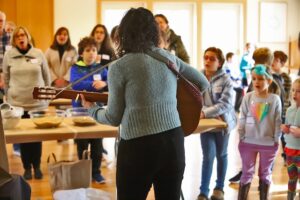 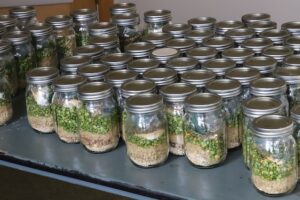