Robin Rattner took screen shots of all the BAS Passover Craft Show events on Sunday, March 14, 2021. Galeet Dardashti, BAS member, Professor, and Musician in Residence at JTS, interviewed award winning Israeli artist/illustrator Tamar Messer, about how art brings her Haggadah to life and deepens meaning. Tamar’s bold and beautiful illustrations of traditional Seder themes also serve, in Galeet’s words, as a “thoughtful Midrash” on the Haggadah. They retell the story as one that engages today’s generations personally. Tamar pointed to an illustration of Abraham shattering of the idols, and linked his journey to freedom – across a great river from a society of idol worshippers – to our our crossing of the Red Sea at Passover, as we all escaped Egyptian idol worshippers. Tamar discussed how she weaves contemporary history into illustrations. In one, Moses becomes Abraham Lincoln, leading slaves dressed in Nazi concentration camp stripes from slavery to freedom. This is a Haggadah for heart as well as mind.
We learned that Tamar has illustrated all five of the Megilot. Brief descriptions of her illustrations from the Book of Ruth and Song of Songs emphasized the central contributions of women, and the important relationships between mothers and daughters in Judaism. Tamar’s deeply felt feminism is present in all her works.
Tamar described to Galeet her difficulties growing up in a Dati family. They forbade her drawing on Shabbat, which was always essential to her being. As a result, she rejected religion as soon as she left home. Poetically, the spirituality of her art eventually drew her back to Judaism.
The video recording of this interview will be posted on the Craft Show website.
After this exciting, organic interview, six artists welcomed visitors into their zoom studios. You can continue to meet specific artists upon request. Formal programing for the Passover Craft Show has now concluded, but the website, betamshalomcraftshow.org remains open 24 hours a day, giving you the opportunity to shop and support struggling Judaica artists. Once again, Bet Am Shalom welcomed our affiliates, Hebrew Institute of White Plains and The Leffell School. 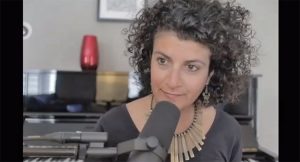 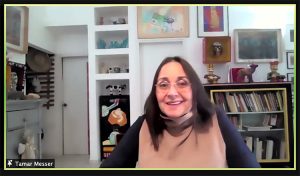 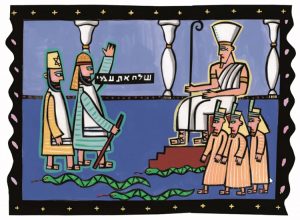 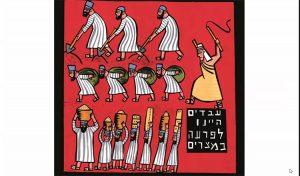 web Tamar and Galeet with illustration 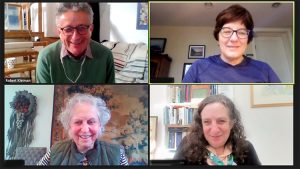 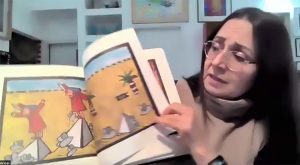 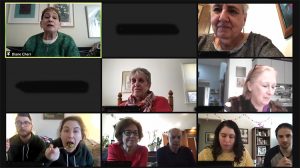 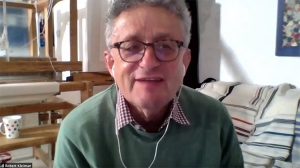 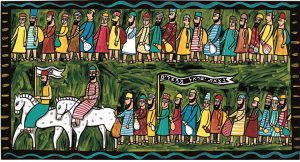 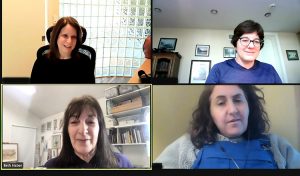 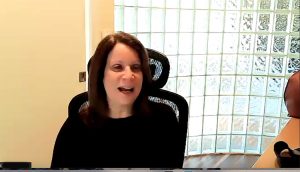 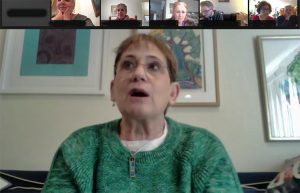 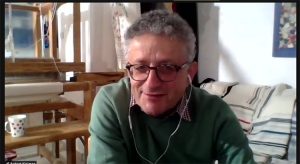