On Thursday evening, June 17th, several members of the Tikkun Olam/Social Action Committee attended an online program for Juneteenth discussing Juneteenth Through the Eyes of Jews of Color: Sharing Stories and Perspectives. Marques Hollie sang “O Freedom” near the beginning of the webinar, followed by a talk by Ruth Messinger. She advised,”study is important because it leads to action”. Then Rabbi Ari Lucas of United Synagogue for Conservative Judaism led a panel discussion of four Jews of color: Heather Miller, Kendell Pinkney, Rafi Forbush and Tameika Minor. It was a wonderful and enlightening discussing. Pinkney opined that without embracing Jews of color, we are missing the full flavor of the Jewish experience. Forbush spoke of the need for adult Jews of color in our synagogues to keep children of color from leaving. “We can create a new sense of belonging.” Heather Miller shared, “The sacrifice for us is extreme.” She also spoke of the necessity of doing”the hard work”, feeling uncomfortable, and felt reading “White Fragility” is crucial. She said that she and her family experience a great deal of racism within the Jewish community. Her kids have gone only to day schools, and have encountered extreme and painful racism there. Forbush started the Multi Racial Jewish Association. Minor said, “You’ve got to get comfortable with being uncomfortable.” She also spoke of the ubiquity of micro-aggressions.Pinkney works specifically with Jewish artists of color, and is at JTS studying to become a Rabbi. The program concluded after Lauren Rudin sang, “Lift Every Voice and Sing”. The program was recorded by USCJ, so please tune in and listen and learn for yourself. 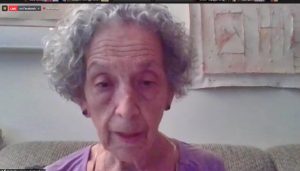 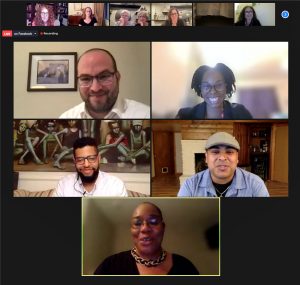 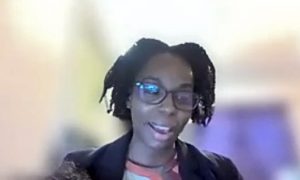 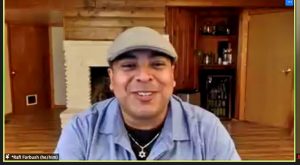 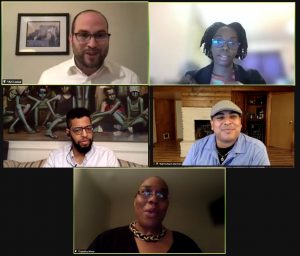 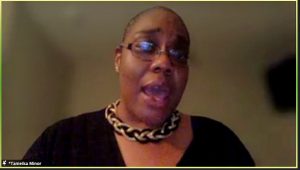 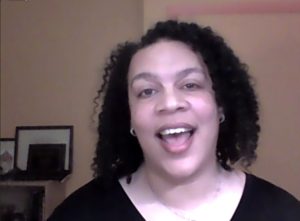